How can polyglots watch movies with their girlfriends? | Natural Language Institute

How to Master a Language for Life

How can polyglots watch movies with their girlfriends?

To master a language for life, you need to watch movies and TV series in that language as often as possible, rather than in your native language. However, this imperative poses a few dilemmas.

First, what if most of what you want to watch is produced in your native language? This problem is acute for native English speakers like me, since a great deal of high-quality cinematic production is in English.

Second, what if the people with whom you enjoy watching shows and films do not speak your target language and are not interested in learning it?

This past week, I had some language acquisition insights that help answer these questions and fit nicely into the series of posts about listening.

Before I answer the question posed in this post’s title, let’s address the first dilemma.

Dilemma No. 1: The Content You Want to Watch is in Your Native Language

I have claimed that it is best to watch content that is originally produced in your target language, because it is a linguistically richer and more authentic experience. In addition, you immerse yourself in the associated culture, which in turn enhances language acquisition, since the language and culture are closely linked. I stand by that assertion: you will miss out on an incredible cultural opportunity if you do not delve into the cinema and television of the countries where the language you are studying is spoken.

However, this culturally authentic approach can be combined with a contrasting strategy that effectively addresses the first dilemma. Allow me to explain through an example.

I am currently working on mastering the French language and have gotten into the habit of watching French-language content when I want to relax. I’ve enjoyed several French-language films and a few series in recent months. This week, however, I ran out of ideas of native French content that I felt like watching. On the other hand, I really felt like watching The Queen’s Gambit, since I am a fan of chess and my English students have effusively recommended it.

I decided to experiment watching it dubbed in French and was surprised by how well I could understand it and especially how thoroughly I enjoyed it.

My prejudice against dubbed programming is waning. Sure, it’s a less culturally authentic way of improving my French and of appreciating a quality series, but the combination of getting to watch what I want and getting hours of French listening practice trumps these considerations about authenticity. I’m really enjoying it.

In sum, my recommendation is as follows: watch movies and series produced originally in your target language as often as you can find and are motivated to; in other cases, just watch whatever you enjoy dubbed in that language.

Dilemma No. 2: Your Movie Companion is not Studying Your Target Language

I will also address the second dilemma by sharing a personal experience.

At the end of a long day of work, what I often most feel like doing is relaxing with my girlfriend. She is Brazilian and started to learn English—from a total beginner level—one year ago. She is making good progress and is currently at an intermediate level. Since she diligently follows the Natural method, she prefers to watch movies in English.

As an aspiring polyglot couple, we often face what I assume to be a universal challenge among polyglot couples: how do we watch content together when we are studying different languages? (The same dilemma occurs when one family member is trying to learn a foreign language, while the other is uninterested.)

We had previously improvised creative solutions: for example, we watched 6 seasons of Un Village Français with the original French audio (for me to practice listening) and English subtitles (for her to practice reading).

But the solution we came up with this week takes the cake. We both have Netflix accounts, so each of us separately loaded up the movie we wanted to watch (The Boy Who Harnessed the Wind) on our laptops. In precise synchrony, we started both movies at the exact same time to watch it together.

Now, we had done this before, each watching the content in their chosen language. However, there was a big downside to this approach: we were unable to cuddle.

Step by step, we discovered a much better arrangement. We kept our respective earphones on—my audio in French, hers in English. But, since the movies were perfectly synchronized, she was able to watch the video on my computer screen while keeping her earphones on and connected to her computer. Same screen, separate audio languages.

So, there you have the answer to every (aspiring) polyglot couple’s dilemma:

how to cuddle up and watch a movie or show together while both practice listening to their current target language.

It’s pretty hilarious: I’m watching in French, she’s watching in English, and we make occasional comments in a mixture of English, French, and Portuguese. Here’s what it looks like, in our case. 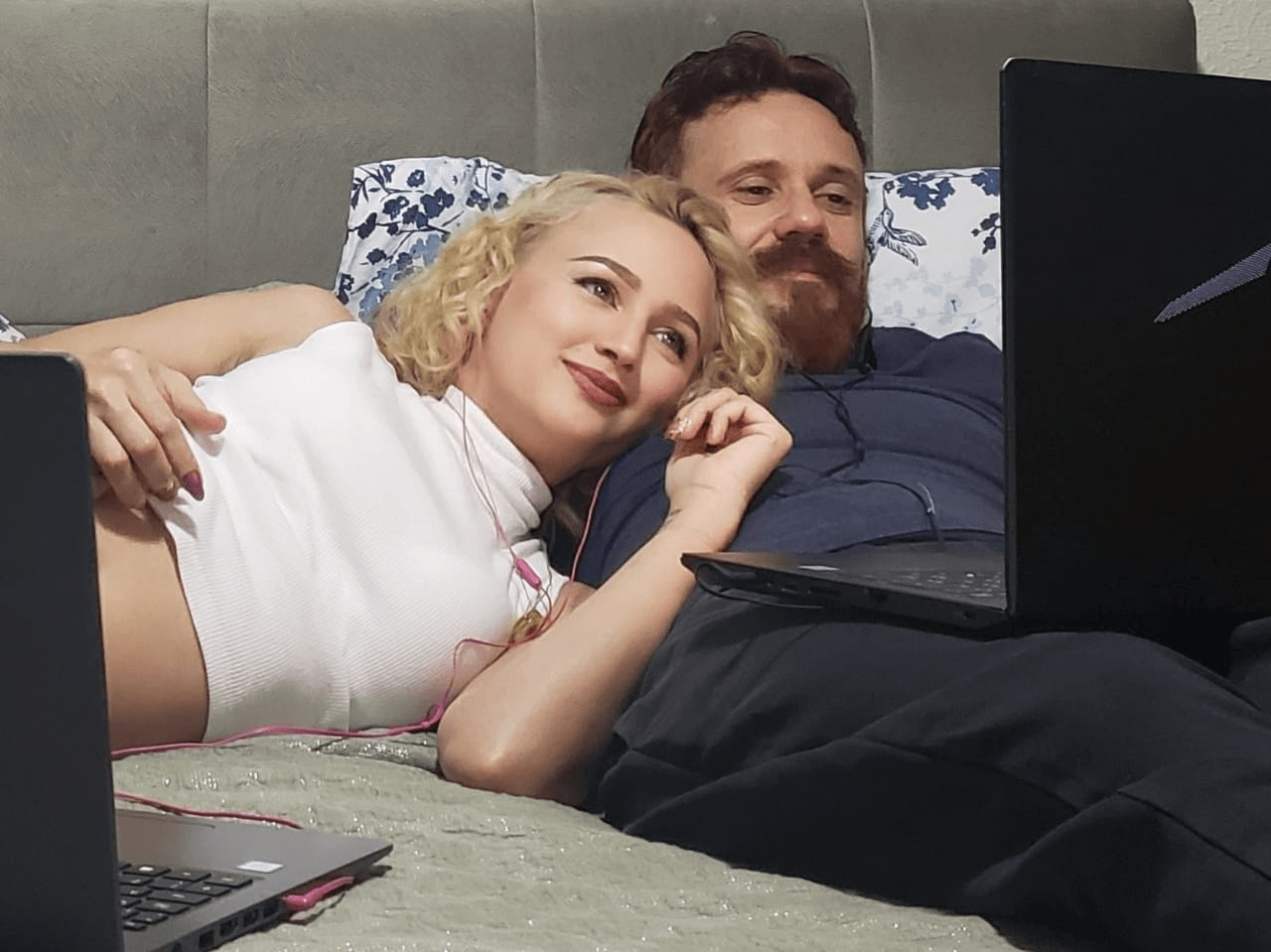 This has been the first “Insights and Experiences” post, which I will intersperse among the more general guidance posts in this blog.

Now, please send me any interesting or funny experiences that you might have with language acquisition with your significant other, or with family members or friends, using the form below.

You can send it in English, Spanish, French, or Portuguese, and if I decide to publish it (with your consent), I will provide the translations to the other languages.

Does the class size influence on your learning process? Yes, it does, and this post will show you w…

This age-old question, debated by educators and learners alike, hinges on the idea that someone who…

Get feedback and corrections on your speaking
#Language and Education

Get feedback and corrections on your speaking

Speaking brings language to life, but just this it's not enough: you need to get feedback and corre…

Speaking is what brings languages to life: when we say that someone has become fluent in a language…

Take your English to the next level

We’ve created an innovative method that uses technology and personalization to make your language learning both fun and efficient.

Learning based on your interests and your own class content is way more effective!