The Life of a Super Hero | Natural Language Institute

Take a demo class
Back

The Life of a Super Hero

As an in-class activity, Theo designed the super heros and created this story verbally, provided only with the first few words of each sentence, and his teacher helped him with the transcription of the material. Check out this adventure!

One day NoFear was flying very fast in the forest when his enemy,  Karenga, attacked. When, suddenly, it started to rain! So he used his sword to make a house. The rain stopped. He started flying and saw aliens attacking with Karenga!

He had to do something - so he made fire with his boots by running really fast. But there was a problem! The fire became huge and killed the aliens but Karenga ran to the sea, got some water and threw it at the fire. Then his friend Shine arrived and they fought together. But there was a problem: a very fast, huge tsunami appeared and hit the forest. They all survived. The other people didn’t.

Finally, they saved the day. Shine made Karenga into a cat and Nofear killed the cat with his sword. Shine and Nofear were upset. They killed Karenga but the other people were dead. They wanted to save them.

Their friend Flex was walking in the forest. He saw that all the people were dead. He felt sad too, but he had an idea…

Luckily, he had a very powerful medicine bottle. He cured people by putting a drop in their mouth and at the end of the day everything was ok. The heroes saved the day! 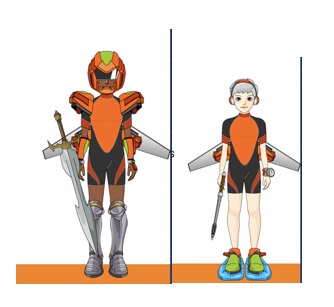 Historically, people from Brasilia have been interested in soccer. From the city’s construction until today…

Why did I ever get involved with the planting of sour sop (graviola)? Good question! When I embarked on this expensive venture…

The construction of the Ermida by Israel Pinheiro
#History, Culture, and the Arts

The construction of the Ermida by Israel Pinheiro

According to Father Décio Batista Teixeira of the Israel Pinheiro Institute, Dom Bosco’s…

Am I worthy of the joy it brings me…